Last night some musical colleagues called around to my house to put a shape on a piece I’m writing for an upcoming show.

Afterwards my wife said she really enjoyed sitting in the room with us, seeing how the creative process worked.

It made me think about what that process was.

Looking back, it was little more than throwing around ideas, and picking which one we thought worked best. A little bit of polishing at the end and we had the bones of our piece.

And that’s the thing – there can sometimes be a myth around how certain things are created, but it’s actually not that hard most of the time. It just requires some focus, open-mindedness and some judgement at the end.

Also in today’s blog – a chord chart for Mary Black’s version of Carolina Rua – and the answers to yesterday’s questions. 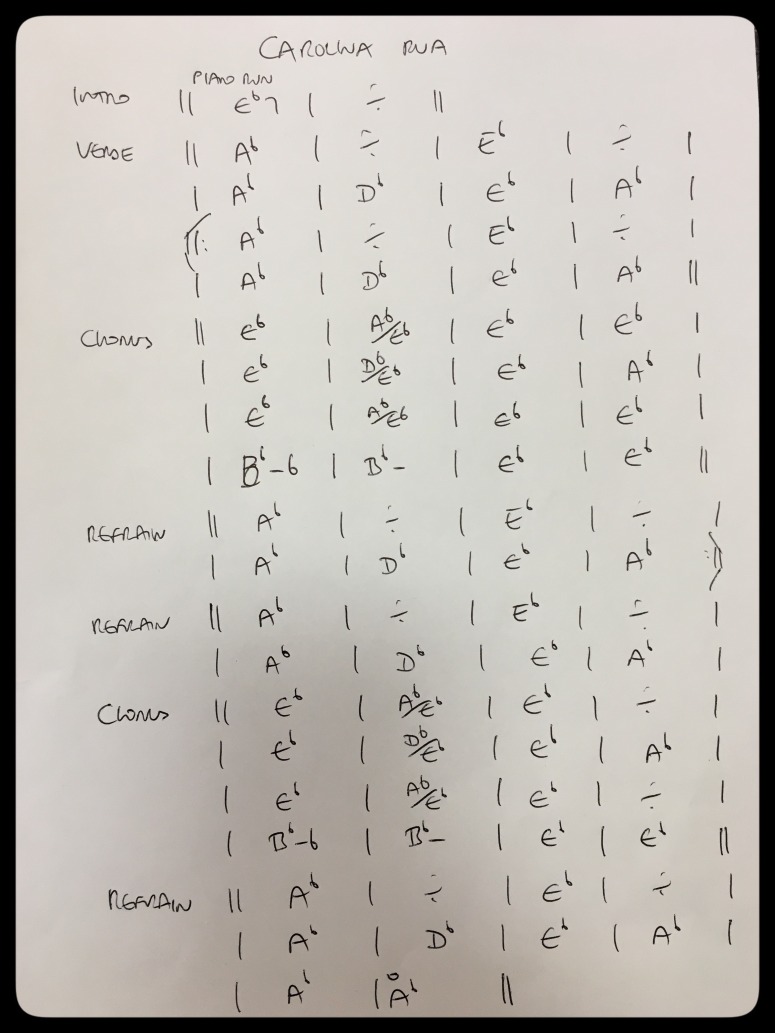